Making a vehement case for Heritage Clubs in...
Be ready to show your might, politely!
The Raavan within
Donate With All Your Heart
Indian Army : In our own small world
A Lab so fabulous, it has changed the...
Mind the Gap: Time to Fill The Deep...
Living for Sustainable Communities
He is Removing All Barriers to Take Education...
This ‘Neki ka Pitara’ helps feed thousands of...
Home Positive Citizen Fire to start change: A father’s story of rising beyond grief
Positive Citizen 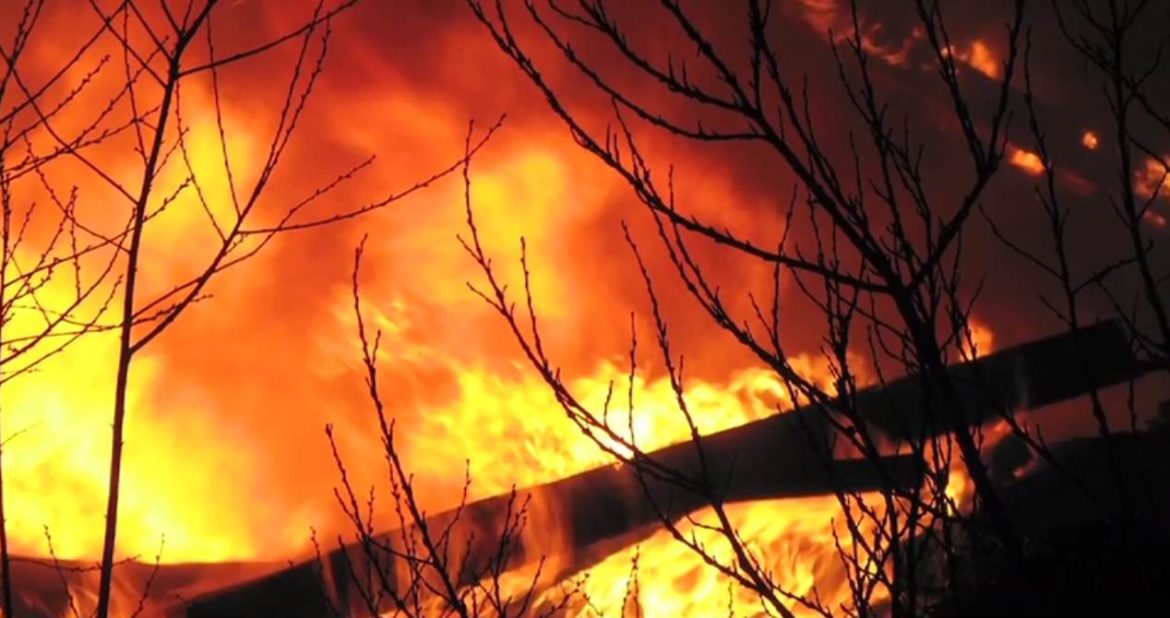 The date – 23rd February 2010 – is etched deep in the minds of those that bore the brunt of the tragedy and lost family or friends. The Carlton Towers fire tragedy in Bengaluru claimed 9 lives on that fateful day and left 60 injured, leaving a sorry trail of lasting grief for the families.

Every year, on that date, the place which was once a hub for offices and popular eateries is revisited across platforms. From its very ashes has also risen the resilience of fathers, mothers, siblings and friends who united to form ‘Beyond Carlton’ (BC).

Uday Vijayan, presently the Managing Trustee and President of Beyond Carlton, was the man behind the initiative. Vijayan lost his 23-year-old son Akhil, in that fire. He was employed with an American bank that had its office in Carlton Towers. The days following the tragedy were a struggle of epic proportions for the family. But the grit with which Vijayan and his family dealt with their grief remains inspirational.

With their pain and suffering tormenting them each day as they mourned the loss of their young son and the care of their young daughter on their minds, Vijayan and his wife decided to reach out to the eight other families that had suffered the loss of a loved one and the several injured in the fateful Carlton fires. The intention was to share each others’ suffering, to find a common platform to share what everyone was feeling and help each other through the difficult time while also seeking accountability from those responsible. Over time, the shared pain and anger gave rise to a positive movement taking shape in the form of Beyond Carlton, India’s first citizens’ initiative for fire safety and awareness.

As Vijayan explains, it was the personal tragedy that fuelled the vision and mission for Beyond Carlton, “My personal tragedy in a way helped me channelize my anger against the system, the authorities and others for sheer avoidable negligence. Our hope is that we can make some impact and get fire safety on the table, especially in a country that is apathetic to it.”

While five families affected by the Carlton fires are registered as the trustees of the organization, the other families and individuals too have contributed in their own ways. “Not all families were able to actively participate because of their other priorities and their huge challenges in life but their emotional and moral support has been immense,” Vijayan concedes.

A ‘movement’ conceived to create awareness and spread the message of fire safety in buildings, BC was registered just three months after the disaster. Relatives and survivors of the ‘avoidable’ Carlton Towers tragedy put aside their personal grief to come together to form this registered charitable trust which aims to change the way Indians, citizens, government agencies and private agencies view fire safety.

The organization has continued to direct its focus primarily in two areas – accountability and awareness. “The intent is to get all concerned authorities, builders, resident associations to be accountable for the fire safety preparedness as prescribed by law,” Vijayan says. This can be done only by creating awareness. He adds, “Most of us in India know very little about fire safety and what to do in case of a fire. The apathy towards public safety in general only adds to the issue. Fires can happen anytime and anywhere, and has no biases to caste, creed, income, age. As we say, ‘Fire kills. Prevent it’.”

BC completed six years of formation this year and has come a long way, moving steadily towards its aim to make India 100% fire safe. The first major victory for BC was the government notification for stringent preventive measures for high rise buildings in Karnataka which came on the heels of a PIL filed by them and supported by the Namma Bengaluru Foundation.

“Most of us in India know very little about fire safety
and what to do in case of a fire. The apathy towards public safety in general only adds to the issue. Fires can happen anytime and anywhere, and has
no biases to caste, creed, income, age

Coordinating and working for campaigns to generate awareness and enforce accountability has been a challenge for BC but everyone has come together with great zeal to make this campaign a success. As Vijayan explains, “We are for now primarily a citizens’ body and all of us have day jobs to keep us going. So, all those who volunteer with us contribute personal time out of their busy lives. We meet often, especially over weekends.”

Vijayan is supported by a dynamic executive council, consisting of citizen members, namely, R.A. Venkitachalam, Gopal Devanahalli and Sumit Khanna, who provide valuable direction to the team at BC which includes volunteers from all walks of life who contribute time to various aspects like awareness, social media campaigns, fund raising, technical support, etc. Vijayan has himself been frequently speaking on issues to do with fire safety at various forums.

To engage with the community of urban residents, the BC team conducts fire safety andawareness programs at various forums across the city of Bengaluru. The work done is at two levels – one where Beyond Carlton reaches out to citizens, and two, where residents invite them to conduct seminars and lectures on fire safety. “We share examples, inform residents about current laws, get associations to realise that they could be seen as complicit of negligence if God forbid there was an accident,” says Vijayan.

Every year in February, Beyond Carlton conducts a memorial service in memory of the lives lost in the tragedy and hosts a lecture which features well-known speakers on urban issues. In 2016, Justice Santosh Hegde was the keynote speaker. BC also conducts fire safety quizzes in schools and the response has been quite encouraging. The Fire Champ app launched by BC is unique. It encourages Bengaluru citizens to report obvious fire safety violations in buildings around the city in collaboration with the Karnataka Fire Department. The organization is also being called to engage in other cities.

There has been tremendous support from residents, from the media and also from civic bodies who have poured in their support and appreciation for the work that BC has been doing. In 2011, Vijayan was awarded the ‘Namma Bengaluru Award’ & ‘citizen of the year’ for all his efforts towards fire safety awareness. He was also designated as the ‘Safety Ambassador’ and has since been on the jury of the Namma Bengaluru Awards Committee to select outstanding individuals and entities in Bengaluru.

Uday Vijayan and Beyond Carlton are rare exemplars of individuals who put their grief and suffering on the back of their minds to come forward and ensure that others do not go through the pain and suffering that they have had to endure.

Beyond Carlton aims tomake India 100% fire safe, and like he says, “If we can make India aware of fire safety and also authorities to do their jobs, we may help save a life due to fire… [But] we have a long way to go and as I always say this is a marathon we are running. It will take a long time to make systemic changes and importantly changing mindsets of people towards public safety and fire safety in particular.”