Making a vehement case for Heritage Clubs in...
Be ready to show your might, politely!
The Raavan within
Donate With All Your Heart
Indian Army : In our own small world
A Lab so fabulous, it has changed the...
Mind the Gap: Time to Fill The Deep...
Living for Sustainable Communities
He is Removing All Barriers to Take Education...
This ‘Neki ka Pitara’ helps feed thousands of...
Home Positive Heritage Indian Army : In our own small world
Positive Heritage

Indian Army : In our own small world 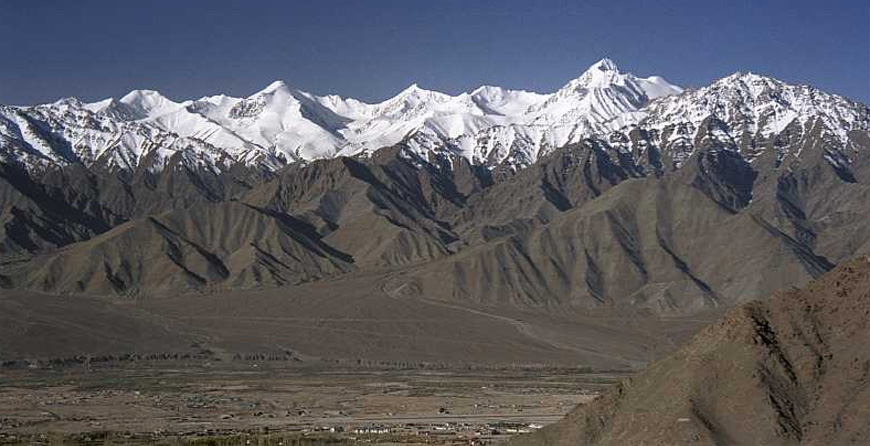 Army is a way of life. A life full of discipline, vigor and understanding of the ‘supreme sacrifice’ for the motherland. Plenty has been written regarding difficulties faced by the families when they join their husbands at remote places and the weirdness of the entire setup. I too have had my share of the good and the bad as an Indian army wife, in the past 23 years.

The hard part is to come to terms with the issues of frequent separation from your husband. He is either on a temporary duty to a God forsaken place or trying out new machinery at a far flung area that’s tough to trace on the map of India. We learn to take this in our stride.

Yes, we take pride in calling ourselves a family, a small one no doubt, because we keep bumping into each other at some station or the other even though it might be two thousand kilometers away. We meet as long lost friends and pick up our friendship from where we left. Each new place becomes our home and we make ourselves comfortable wherever we go. Bonding with our neighbors and fellow soldiers without giving much thought to their religion or caste and participating whole heartedly in all their functions, religious or cultural become the part and parcel of our lives.

Nineteen years ago when I visited Leh (Ladakh), a new window opened into the beautiful world of north India. It left me awestruck. It was a rough terrain with temperatures below freezing point. Hardly any vegetation could be spotted on the barren mountains, leave alone a tree. The open wide spaces with snow covered peaks had a charm of their own. The river Indus with its crystal clear and ice cold water flowed down the mountain right next doors.

Those days Leh was not well connected with the rest of the world. No mobile phones, no laptops or internet and very few flights. It was a world bereft of posh markets or hotels. We felt fortunate to get fresh vegetables (cabbage and spinach) and fruits (banana and apricots). Spinach that we ate with such relish was the same wild plant that goats were fed. Once we found tomatoes in the market. It became my prized possession and stayed on my centre table for a week as a trophy. Then during winters, for weeks together when no flights could land here and the highway remained closed due to heavy snow, we would survive on just potatoes. Our vegetable curry would be made of dry onion flakes!

The market was about 32 kms away with no easy means of transport. These trips were mostly made on Sundays or holidays, as these also gave us access to STD booths. Speaking to our loved ones far away, at least twice a month was a boon. Once we found a shop that sold ice cream. We could not believe our luck or our shock thereafter, when we were served frozen Coke with a dollop of fresh cream! Our husbands of course were too busy guarding the borders and the nation, to participate in our immature adventures.

For the soldiers or Jawans, as we prefer to call them, a game of basketball or football was the only source of entertainment. It boosted their moral to have officers and their wives as spectators. A truck driver who could read Sanskrit, performed the duty of a pundit in the temple. A middle aged cook from Haryana, taught us to cook the right food for our kids during their weaning period.

My child was not fed the first porridge by her grandmother but by the Mess Cook. He even entertained us with stories of the wild Himalayas.

Often he would come up with horrific ones where a couple of soldiers, many years ago, were eaten alive by wild bear. We would be scared to climb up the hill to reach our barrack which was a few meters away. Officers were quite amused at our stories but we refused to divulge our source of these tales.

Such is the wonderful world we stay in, were strangers became closer than relatives. Where small things give immense pleasure and we learn to value what comes our way.Each moment spent with our loved ones becomes a lasting memory, for life is unpredictable. We cross bridges as they come and move on with pride, hand in hand with our husbands.

As and when duty calls, these brave soldiers march away, leaving behind their families to fend for themselves. Staying alone with young children at a place where nothing exists for miles together, and husband at the other end of the country guarding the borders, makes us tough women, both mentally and emotionally. We take pride in being called the Army Wives.

Unforgettable Encounters in the Himalayan Hinterlands