Making a vehement case for Heritage Clubs in...
Be ready to show your might, politely!
The Raavan within
Donate With All Your Heart
Indian Army : In our own small world
A Lab so fabulous, it has changed the...
Mind the Gap: Time to Fill The Deep...
Living for Sustainable Communities
He is Removing All Barriers to Take Education...
This ‘Neki ka Pitara’ helps feed thousands of...
Home Positive Citizen Being the change: From a street kid to an entrepreneur
Positive Citizen 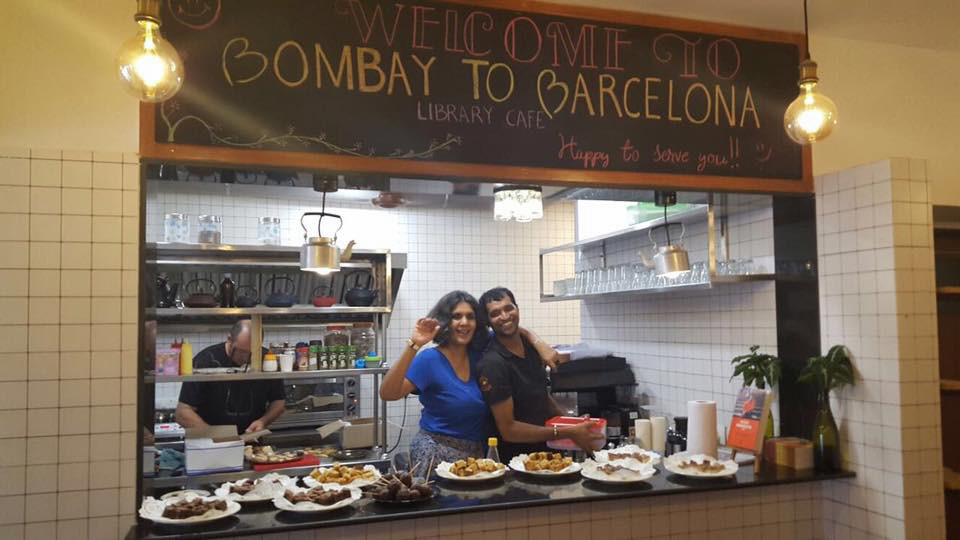 “So who is Amin?” Amin Sheikh’s laughter rang into the phone before he told me nonchalantly that Amin is a normal guy just like everyone else in the world. “Everyone in the world is special because everyone has something inside them which makes them special,” he says.

I can’t say this for everyone, but I can most certainly say for Amin, a young cafe owner in Mumbai that he is truly special because he decided to change the world around him and make it a better place for not just himself but for those around him too.

Amin’s life took a turn when his mother lef

t her father who was an alcoholic. Sadly, his step-father turned out to be even worse because he would beat him up for any big or small
mistake Amin might have made. He was just 5-years-old when he was sent to work at a tea shop. “One day I dropped all the glasses I was carrying. Afraid of punishment, I ran away to the Dadar railway station,” says Amin. The railways station and the adjoining streets were to be his home for three long years. Soon he was joined by his 4 year old sister Sabira, who also ran away from home as she missed her brother too much.

“As a young child who knew nothing of the world, it was easy for people to exploit, force drugs down my throat and rape me. When I would sing in local trains, people would often hit me, asking me to move on and stop bothering them. I worked as a coolie and even begged near the station. It wasn’t a life that I liked,” he gets pensive.

At age 8, he was rescued by the Samaritans from Sneha Sadan orphanage in Jogeshwari, and his life changed yet again, this time for the better. So far, Amin had mostly been around negative people. The few good ones who he remains thankful to this day included Father Placido Fonsenca, Sister Seraphine (both from Sneha Sadan) and Mr Eustace Fernandes. “These people are responsible for where I am today,” says Amin.

Eustace, the man who created the Amul girl, had been associated with Sneha Sadan for many years. He had promised the orphanage to take complete care of one kid every few years. When Amin turned 18, he went to work for Eustace. “I was his Man Friday-cum-driver for four years and those were the years when everything changed. It was there that I first learnt to speak English,” the gratitude and pride in his voice evident. “Every year, Eustace would give me a present on Christmas. In the fourth year (2002), I asked him for a ticket to Spain,” he says. Why Spain I ask him and he says Eustace asked him the same question. Amin’s reply was simple. Since it was where Eustace went to visit his sister every year, he too wanted to start with his world tour from there. This would be the best Christmas gift he would ever have.

Eustace was first surprised but soon agreed to take him along. Amin’s first ever foreign travel and a few more after that altered his life completely. The travels made him see life in a totally different perspective. “In Spain I saw no beggars on streets. I was inspired. I came back to India and soon the thought of opening up a cafe, that would also help the kids on the street, was born.” he says.

The road to opening a library-cum-cafe was not easy. Amin worked hard to live his dream. He first had to earn enough money to be able to even think of setting up such a capital intensive project. While he continued to do odd jobs, in the meantime he managed to write his autobiography. It was published in 2012 and sold 12,000 copies. Every single penny earned from this book was saved for the cafe.

The cafe was finally inaugurated on August 15, 2016 and is called ‘Bombay to Barcelona Library cafe’. When people want to do something for the society or want to help other, less fortunate than them, they open an NGO or make charitable donations. So what made Amin go for a cafe? “Working as a driver, with a background from the streets, I could never muster the courage to go inside a cafe for coffee, brownies and pastries because I would somehow feel a lesser mortal. My own life on the streets made me want to do something for other street kids. I wanted no child on the street to ever face what I did. At my cafe, every child can enjoy treats. This way they get food and learn to go ahead in life or do good to others,” Amin explains.

Read a book while you have coffee at Bombay to Barcelona Library Cafe, Marol, Andheri East, Mumbai

There is a library housed in the cafe where every book is placed on the basis of recommendations from people. “This way, every book has two stories – one from the book itself and the other of the person who recommended it,” Amin reveals.

The cafe serves delightful treats, made by former street children who are trained in the cafe, to customers from all walks of life. At 35, he also owns a car rental company called Sneha Travels, is passionate about his work, travelling and is also the author of the book “Bombay Mumbai – Life is Life: I am because of you” which is now into its fourth edition.

“We need to get down to cleaning our own shit because no one else will sort it out for you. If we want to see change, we’ll have to first do it ourselves. Every step will eventually count.”

Amin has been following his own philosophy with a vengeance. Between running the cafe, managing his blog and his various social media accounts, Amin also finds time to mentor lost souls in need of guidance.

“When life has given you opportunities, you too can give opportunities to others to do better, unconditionally. At my cafe all the staff is formerly from the streets. We have fashion designers, bakers, servers, even a hip hop dancer,” he reveals. Hip-hop dancer? “I give opportunities to everyone. In all my years of travelling I have come across cafes where people hold exhibitions for artwork, etc. so I decided to do the same and give upcoming artists from the streets a chance to showcase their talent,” Amin says.

As I end the interview, I am struck by how many times Amin managed to make me laugh in the short span of time as I spoke with him. He is critical of the world and its inhabitants but this hasn’t stopped him from trying to do his bit for making the world a better place.

Ask Amin about whether he thinks he has made a positive change in the lives of the young street children he now mentors, and he will tell you “If I, a 7th grade pass out can, anybody can.

We need to make a better world for our future, for our children. The whole nation needs to stand up to bring about a positive change. If not, I am happy that at least I did.”

His Holiness the 14th Dalai Lama tweeted once, “Change starts with us as individuals. If one individual becomes more compassionate it will influence others and so we will change the world.” It is when you meet people like Amin in the long journey called life you realize that there is hope yet for the world.