Mind the Gap: Time to Fill The Deep...
Living for Sustainable Communities
He is Removing All Barriers to Take Education...
This ‘Neki ka Pitara’ helps feed thousands of...
This Mother Has More Than 800 Daughters!
How Citizens Got Together To Initiate Big Change
On Road To Green Revolution
Community Joins Hand For Better Governance
Fire to start change: A father’s story of...
Being the change: From a street kid to...
Home Positive Innovation A Lab so fabulous, it has changed the face of rural India
Positive Innovation 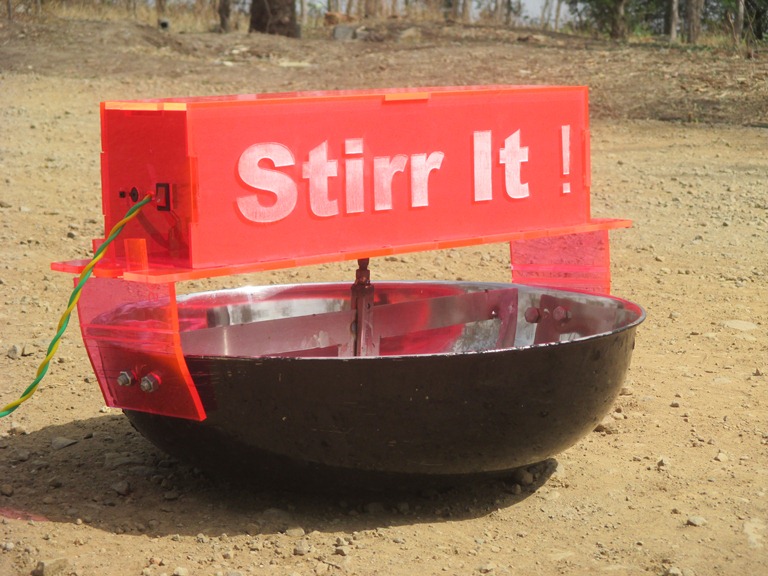 Rural development – the very phrase makes us think of better roads, water bodies, agricultural facilities and the like for the rural population. Rarely, if ever, do we associate rural development with innovation. But Vigyan Ashram’s Fab Lab, located some 70 kms away from Pune in Pabal, a drought-hit village in Maharashtra, does exactly that – innovate to find solutions to the problems of the rural populace in the neighbourhood.

The first Fab Lab to be set up outside of the US, Vigyan Ashram’s Fab Lab is now in its 14th year of existence, having started in 2002 as part of a collaboration between Dr. Neil Greshenfield, Director of the Centre of Bits and Atoms at MIT, USA, the man behind the original Fab Labs and Vigyan Ashram, a centre of the Indian Institute of Education (IIE), Pune. Vigyan Ashram itself is the brain child of Dr. Shrinath Kalbag who started it in 1983 as a place for rural innovation through a system based on natural learning.

Dr. Greshenfield’s first visit to Vigyan Ashram in 2000 was when he came across the ‘working with hands’ philosophy in use at the Ashram. On his return he put forward a proposal to establish a ‘Fab Lab’ setup in Pabal with machines and other technology for an automated facility which was funded from international sources. With that agreed upon, the first machines from the Fab Lab centre at MIT came to Vigyan Ashram’s campus. These included a laser cutting machine, vinyl cutting machine, Roland Milling Machine, 3D scanner among other things. Technicians and engineers from MIT provided the technical know-how and trained the team at Vigyan Ashram to make use of these devices.

But the start of the Fab Lab wasn’t an easy one. Suhas Labade, lab in-charge and an electronics engineer by profession, reveals that in the initial days, there were a lot of hurdles to overcome. “Since our earlier approach was based on working by hand, the automation was a little difficult to adapt for even teachers, technicians and engineers”, he says. So

what was done to remedy this and he promptly answers, “Vigyan Ashram has always looked to solving problems with a ‘learning approach’ and so we put ourselves wholeheartedly in the task. That is what has led us to where we are today.”

Regardless the lab team carries on. Its motto – ‘We can make almost anything’ – has been taken to fulfilment by the group of innovators at Vigyan Ashram, who don’t just comprise o

f experienced researchers, engineers and technicians but even enthusiastic students from several engineering colleges, keen to contribute to the field of rural innovation by providing inspiring solutions for the problems that the rural population presents. And an increasing number of people are walki
ng in with their problems because they hear that Fab Lab can help them find answers.

Egg incubators, rice de-husking machines, solar charger for batteries and even an automated rangoli making machine are some of the pioneering solutions that Vigyan Ashram has customized for the rural population at its Fab Lab setup.

In fact, that is how many of the inventions done at Fab Lab get developed – word of mouth brings the problem to Vigyan Ashram’s doors and they try to find a lasting and cost-effective solution to it. Take for instance the low cost hearing aid developed by them. Suhas informs us that it was a problem first presented by an aged resident from the village that led to its creation. “Some 3 years ago, an aged person came to us when he lost his hearing aid. It had cost him Rs. 6000 and he was financially not in a position to buy a new one. We went about doing some research on the mechanics involved in the commercially available hearing aids and found that the actual cost was incurred just because of an amplifier circuit used in the device. We decided to find a cheaper solution and created a device which costs just Rs 300 and uses normal 9V AA size batteries that cost only Rs 10 to be replaced,” he says.

Another ongoing project at Vigyan Ashram’s Fab Lab has to do with a motorized cooking appliance. The Basundi maker called ‘Stirr-it’ has been designed to run on solar energy with a motorized stirrer which minimises the effort of making this popular Indian sweet. It takes around 6 hours for the milk to turn viscous, and an indicator alarm pops on as soon as the task is accomplished.

The list of innovations for the rural population, and even the urban one, that Vigyan Ashram’s Fab Lab has developed is indeed exhaustive. Consistently striving to find cost-effective, energy-efficient and innovative solutions to the problems that the rural population faces on an everyday basis has become the touchstone for the host of enthusiastic and talented individuals associated with the facilities and tech support provided to them by Vigyan Ashram’s Fab Lab. Promoting entrepreneurship, smart thinking, innovation and vocational skills, the Vigyan Ashram Fab Lab has been inspirational in making a positive change in the lives of the people of rural India.

He is Removing All Barriers to Take...

Throw the waste and get rewarded